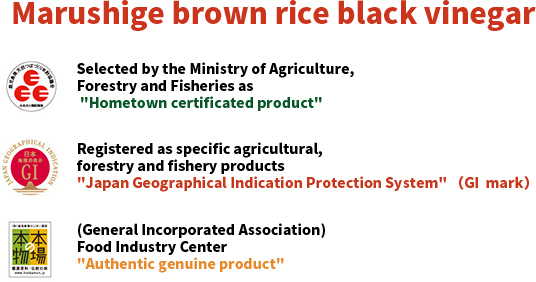 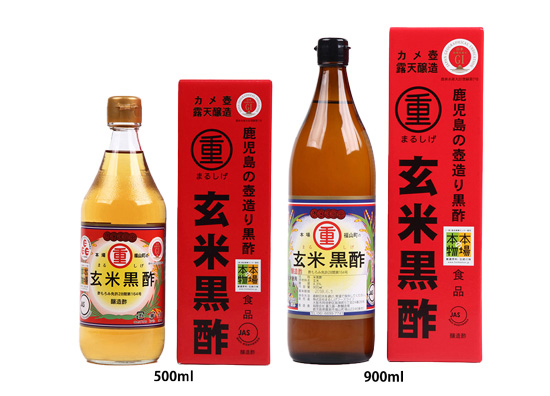 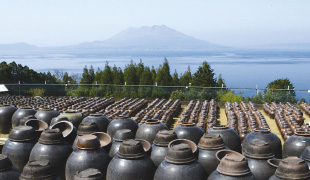 An extremely rare manufacturing method in which three stages of fermentation occur sequentially in one jar.
With the blessed climate and natural features of Fukuyam-cho, Kagoshima and geothermal heat of Kirishima volcanic belt, “Marushige brown rice black vinegar” has been through “extremely rare three-step fermentation process” sequentially in the “earthenware jars”, which includes saccharification, alcoholic fermentation and acetic acid fermentation, and is born after the secondary aging slowly in the large jar.
In addition to 17 kinds of amino acids, it also contains organic acids such as acetic acid, giving it a rich and delicious flavor.

Approved by the Consumer Affairs Agency 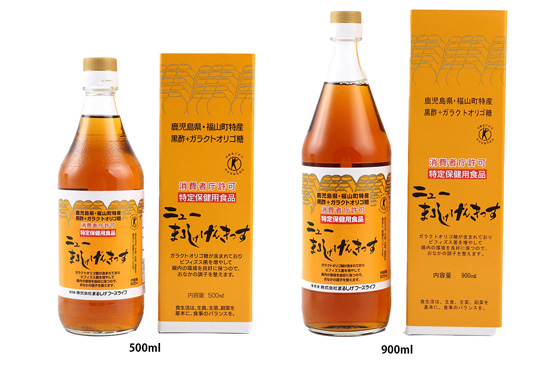 This product contains galactooligosaccharides and increases bifidobacteria it can keep the intestinal environment in good condition and has the function of regulating the intestines and stomach. 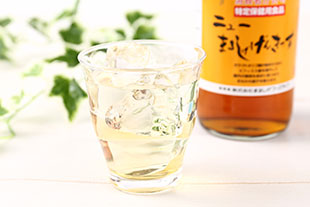 Maintaining a good intestinal environment is the key to health.
New Marushige genki vinegar increases “Bifidobacterium” to an appropriate extent.
In the intestines, beneficial bacteria such as Bifidobacterium and lactic acid bacteria compete with harmful bacteria that adversely affect the body. Bifidobacterium is a bacterium that originally inhabits the intestines, which however can be cultivated and increased by “galactooligosaccharides”. Galactooligosaccharide, which are strong against acid, can reach the large intestine without being digested by enzymes in the body. The beneficial bacteria in the intestines nourish the bifidobacterial and increase the number of it appropriately, which can keep intestines and stomach in good condition.
In order to enable people who don’t like the taste of black vinegar to drink with enjoyment, domestic plum juice and honey are added to Marushige brown rice black vinegar and it goes through fermentation twice utilizing our original brewing method, so there is no need to worry about stomach upset even drinking it every day. This product is also characterized by repeat customers.